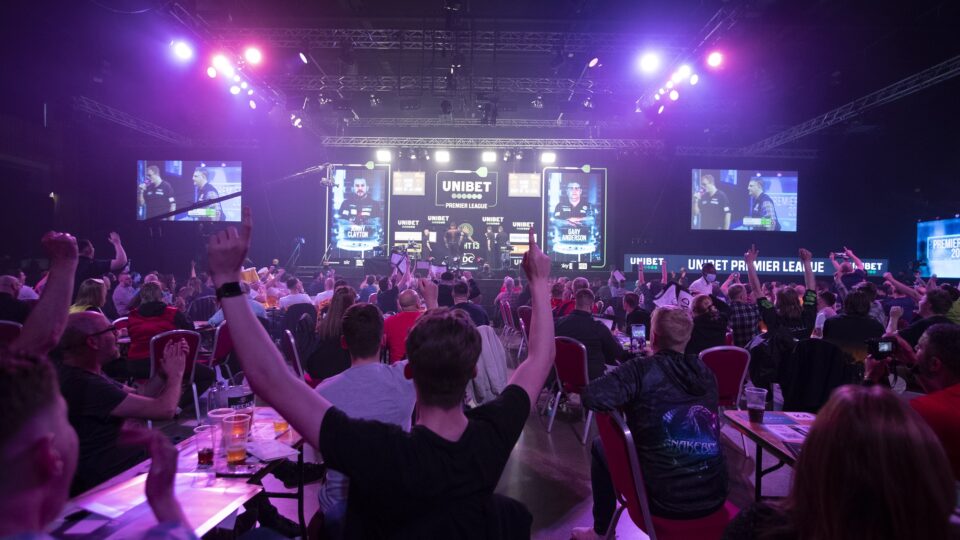 Michael van Gerwen is the first player into Finals Night at the 2021 Premier League Darts.

The Green Machine beat Gary Anderson to secure his spot in the Play-Offs. eliminating Anderson and James Wade from top four contention.

That leaves five players left to decide the remaining three places in the Play-Offs. Tonight, we could know all three of the players joining MvG on Friday night in Milton Keynes.

Who can qualify for the Play-Offs?

It’s a very straight forward position for Nathan Aspinall and Jose De Sousa. Both are on 18 points and are almost into the Play-Offs.

Nathan Aspinall will qualify for the Play-Offs if he either:

Jose De Sousa will qualify for the Play-Offs if he either:

As well as Aspinall and De Sousa, The Ferret, Jonny Clayton can also secure his place in the top four.

Jonny Clayton will qualify for the Play-Offs if he:

As well as the top four race, Michael van Gerwen could finish top of the league for the eighth time in nine years. If he does, he’ll win the league leader’s bonus, which is £25,000.

Michael van Gerwen will finish top of the league if he:

By contrast, Peter Wright is looking to keep his faint hopes of a Play-Off place alive.

Peter Wright will be eliminated from the Premier League if he: