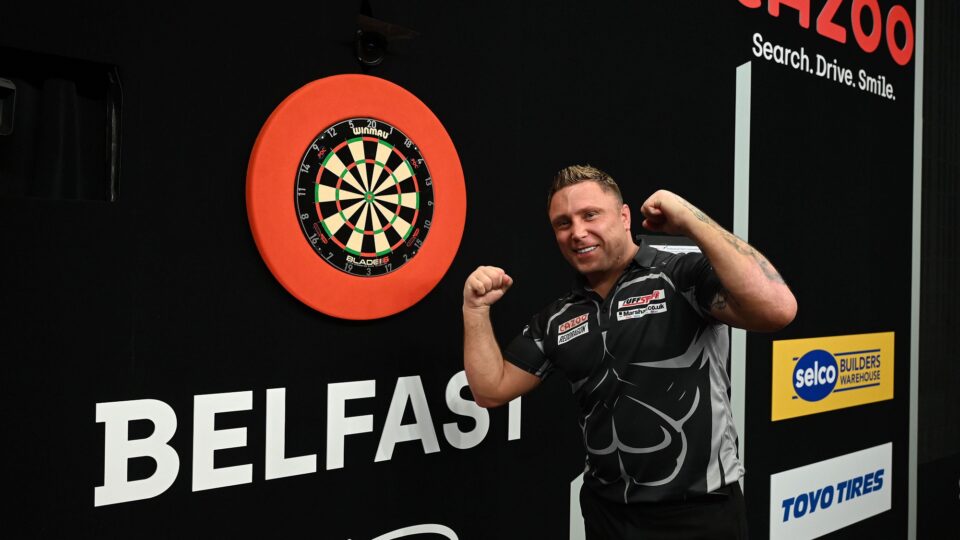 We return for the fourth edition of the new Premier League, after previously seeing two nine darters from the current World Number One, Gerwyn Price on week three.

Top Two In The World Collide

Following the darting masterclass from Gerwyn Price in Belfast, the current World Number One will need to be at his best from the off in Exeter as he will meet World Champion, Peter Wright.

The two players met in Sundays Final in Riesa, in what was the battle for World Number One. We saw both players average over 106, with The Iceman winning to hold onto that title for now.

The meeting this evening may not have an impact on the World Rankings, however, it will set a marker for a big weekend for both players going into the UK Open.

The winner of this Quarter Final will meet either James Wade or Gary Anderson in the last four.

The Machine wouldn’t have wanted the week off last week, after a fantastic third night in this year’s Premier League, which saw him only defeated in the Final by an unstoppable Gerwyn Price.

For Gary Anderson, it’s been a poor start to this year’s competition with only one win which came in on the opening night to Michael van Gerwen.

2022 World Championship Finalist start to the Premier League couldn’t have started any more difficult, facing 2021 Player of The Year Jonny Clayton and the top two players in the world rankings however Smith will be disappointed to still be pointless.

Following his run to the World Championship, there were high expectations on the shoulders of Bully Boy and he knows just one win could give him the confidence he needs. The games don’t get any easier meeting debutant Joe Cullen

Following his Masters title and two Pro Tours, Joe Cullen’s Premier League start hasn’t hit the same heights in the early stages. A run to the final on night two, with Quarter-Final, defeats either side of it.

This game could be huge in helping both these players who are looking to climb the Premier League table.

The winner will meet Michael van Gerwen or Jonny Clayton, who open up proceedings on Night Four.

Jonny Clayton currently tops the Premier League table and he’s already got the better of Michael van Gerwen in this year’s, Premier League, in a fantastic encounter on route to picking up the 10K on Night Two.