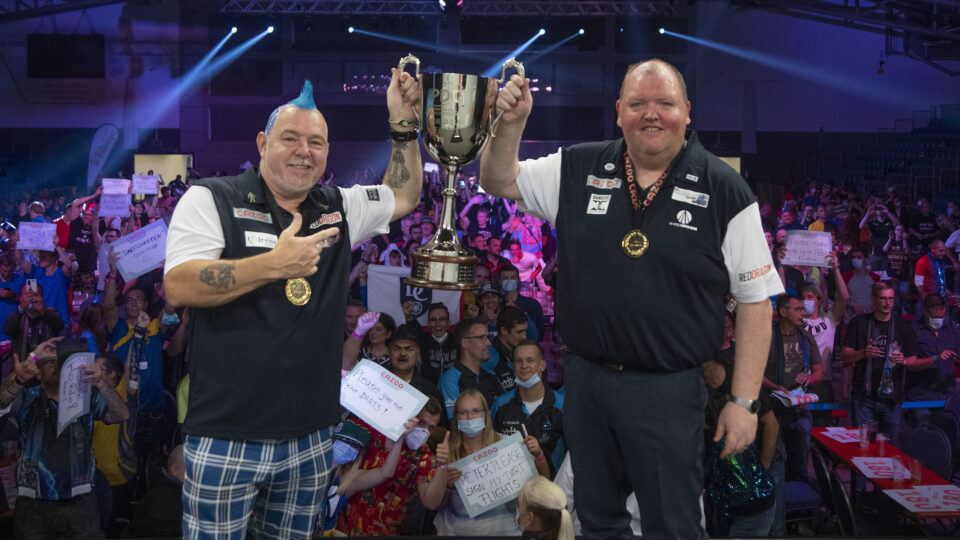 The 2022 Cazoo World Cup of Darts begins in Germany on Thursday as the annual 32-nation festival of darts returns to Frankfurt’s Eissporthalle.

This year’s World Cup of Darts marks the 12th edition of the popular pairs event, which will see 32 countries represented by two-player teams from June 16-19.

Scotland’s Peter Wright and John Henderson are bidding to defend their crown across the four-day event at the Eissporthalle, with Wright eyeing a third World Cup triumph in four years.

The eighth seeds defeated Austria to secure a second World Cup success 12 months ago, and they will open their campaign against Hong Kong duo Lok Yin Lee & Ho Tung Ching on Friday night.

World Champion Wright retains last year’s successful pairing with Henderson, who is aiming to emulate the greatest day of his career in Frankfurt this weekend after being given the blessing of Gary Anderson to remain in the Scotland team.

England looking for first title since 2016

The new pairing of Michael Smith and James Wade lead the charge for top seeds England, who are eyeing a fifth World Cup crown, but a first since 2016.

Phil Taylor and Adrian Lewis led England to their previous four victories but having scooped five titles within the last month, Smith comes into this in a confident mood ahead of the clash against Czech duo Adam Gawlas and Karel Sedlacek on Friday.

Wales at Full Force in Germany

Gerwyn Price and Jonny Clayton will represent Wales for a fifth consecutive year, and the 2020 champions are highly-fancied to double their tally this weekend.

The second seeds headline Thursday’s opening night of first-round action against the Philippines, and the World Cup harbours special memories for Clayton, who has enjoyed a meteoric rise since their 2020 triumph.

No MvG for the Third Seeds

Four-time winners Netherlands boast a new-look pairing in the absence of Michael van Gerwen, with UK Open champion Danny Noppert teaming up alongside Dirk van Duijvenbode ahead of their first-round clash against Brazil on Thursday.

Dimitri Van den Bergh and Kim Huybrechts renew their partnership for 2013 runners-up Belgium, and the fourth seeds will face 2019 semi-finalists Japan in a tricky opener.

Australian number one Damon Heta and World Cup ever-present Simon Whitlock take on Lithuania, led by Darius Labanauskas, while Northern Irish duo Daryl Gurney and Brendan Dolan – another who has played in all 11 previous World Cups – continue their bid for maiden glory.