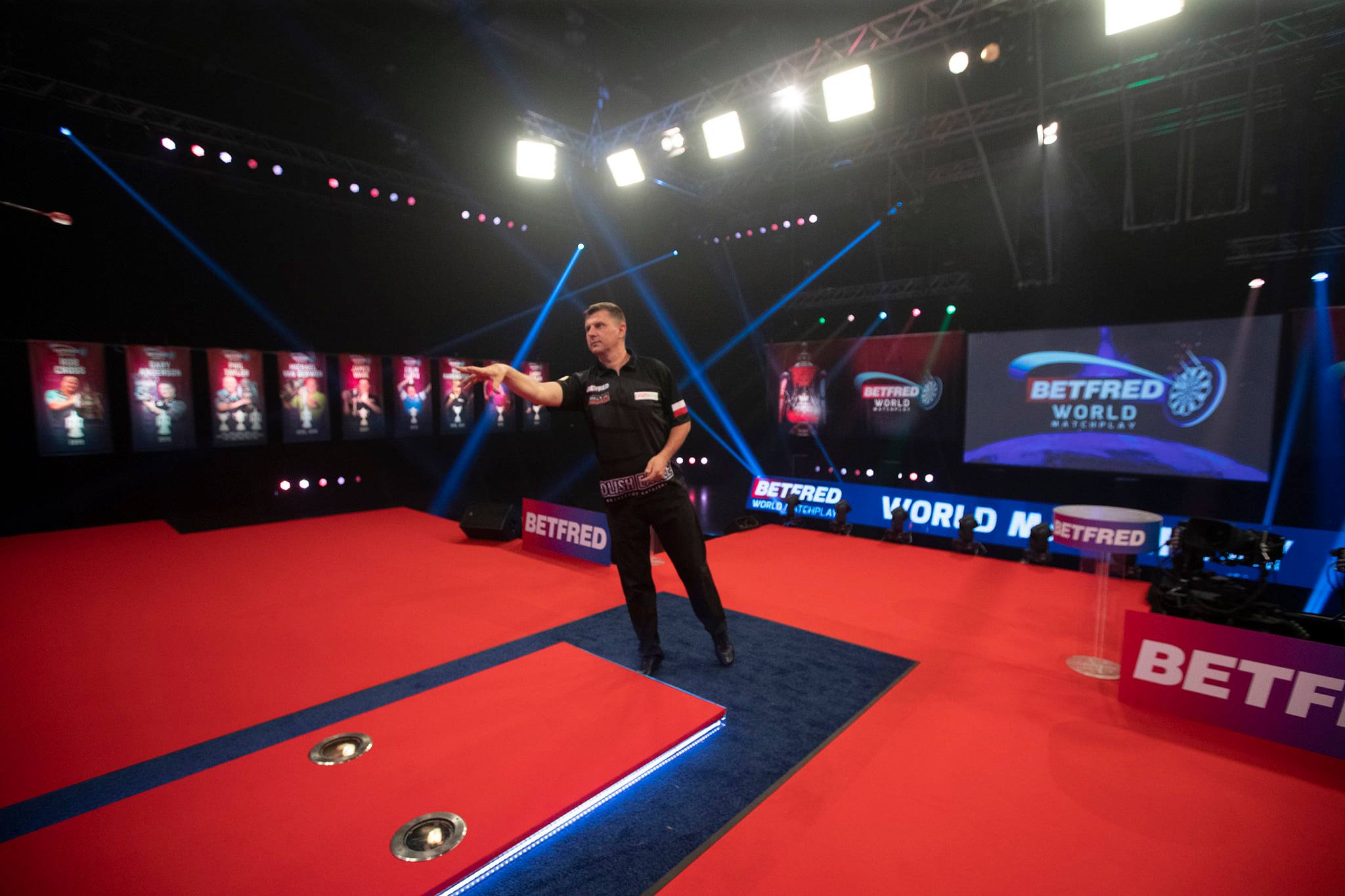 Day 5 of the Betfred World Matchplay sees the continuation of last 16 matches. After tonight we will know the quarter final line up.

Last night the seeds tumbled. The biggest shock was the world number one and tournament favourite Michael van Gerwen being sent packing by Simon Whitlock. So far three of the worlds top four has exited the World Matchplay early, with only Peter Wright left standing.

Another cracking night ahead

Tonight we have the remaining four last 16 games. The first game is Daryl Gurney against Vincent van der Voort. Both had good victories in the opening round, with Gurney beating Ricky Evans and Van der Voort shocking Dave Chisnall.

Gurney, in his post-match interview, said he was surprised that van der Voort had beaten Chisnall. Gurney starts the match as the favourite, but this is another match that could see an upset if van der Voort plays like he did in round 1.

Next up Dimitri van den Bergh takes on Joe Cullen. This is a massive opportunity for both players to have a run in a PDC major. Cullen got to the quarterfinals of the Matchplay two years ago, but has not hit the same heights since that run. In round one, Cullen had to dig deep and come from behind to beat Ian White. Van den Bergh, was in brilliant form to knock out the world number six Nathan Aspinall. This match hangs in the balance and could go either way.

The third game of the night sees world champions collide, as current PDC world champion Peter Wright takes on three time BDO world champion Glen Durrant. Wright had to survive a huge scare in round one to beat Jose De Sousa. Durrant produced one of the performances of the opening round as he blew away Jeffrey De Zwaan.

Wright is the favourite with the bookies, but in truth, it’s a close game to call. This could go into extra legs if both play to their top games.

Last game of the evening sees Adrian Lewis plays Danny Noppert. Noppert stunned world number three Gerwyn Price in the first round, and knows how to win on TV, having made the World Series Finals last year.

Lewis produced one of his best TV performances in years to beat Steve Beaton. Both players will see this a huge chance to make a TV quarterfinal. Lewis will start the favourite, but Jackpot can’t get carried away and can’t overlook Noppert.

Not got Sky? No problem. You can live stream the Betfred World Matchplay and not miss any of the action. Click Here to see how to stream all the action from Milton Keynes.