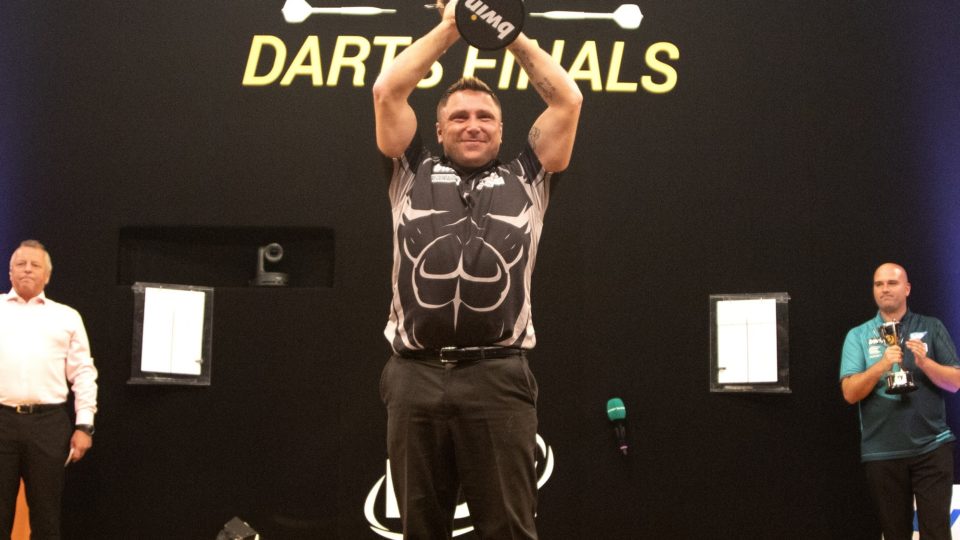 World Series of Darts joy for Gerwyn Price, as the Welsh ace, wins his third PDC TV and £70,000 title in Salzburg.

At the start of the day, Price was the second favourite to win the title, behind world champion Peter Wright. Price would need to win three games to lift the title on a busy day of darts. The Welsh star would have to win the title hard was, as he was in the more formidable looking top half of the draw.

First up Price would face Nathan Aspinall, in what looked the tie of the round. The game swung way then the next, as both players were averaging over the ton mark. Aspinall led in the early stages before the surge from Price came. The pair were looked at nine legs all in a race to ten, but crucially Price had the throw and would seal the victory by ten legs to 9.

In the Semifinals the world numbers two and three clashed, in what was one of the games of the tournament between Price and Peter Wright. In truth, Price was unplayable in the semifinal, as Wright was averaging 105 and couldn’t get near Price. No matter what the world champion threw at Price, the Iceman gobbled it up. Price booked his place in another final by 11 legs to 6.

Gerwyn Price went off the heavy favourite in the final against Rob Cross. Price won the first mini session 3-2, then a Cross run of legs as Price dropped off would see the former world champion lead the favourite 8-4 leaving Price with a mountain to climb. But we have seen Price is made of tuff stuff and the former rugby star started to motor. It seemed Cross tried and Price got stronger. In the blink of an eye, Price moved through the gears and pinned his favourite tops to seal an 11-9 win and lift the title.

“I’m really happy and a bit relieved,” admitted Price. “From 8-4 down I’m proud of myself, to dig deep once again like I have in a few games over the last couple of weeks.
“Early on in the final I thought I was playing brilliant – I should have been at least 4-1 up but I knew that Rob was going to come out firing and when he banged in that 144 I knew I was in for a tough game.
“In the middle part of the game I was beating myself up and let Rob get in front, but I stuck in there until the end and got over the winning line.
“I never give up any more, and I always believe that as long as there’s one leg to go, I can still win, and I stuck in there until the end.
“I’m playing well, practising well and giving 100 percent every single time. Whoever’s going to beat me is going to have to play really well and take their chances, because if not then I will.
“I’m looking forward to the European Tour next week and the World Grand Prix after that, and obviously I’ve got one eye on the World Championship.
“I wouldn’t say I’m the best player in the world now, but I believe that my A-game is better than anybody else’s. That’s all that matters, I’m confident with my own game.” 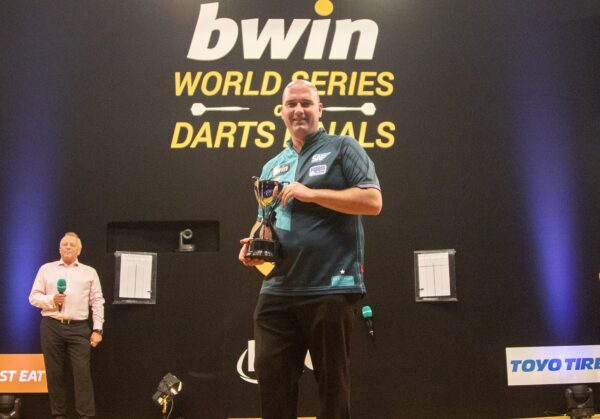 “It hurts,” admitted Cross, who will enjoy his 30th birthday on Monday.
“I lost to an in-form guy tonight and he’s been playing the darts of his life. Fair play to Gezzy for winning. Maybe with the lead I did have, I just got a little bit complacent.
“I’ve always got the game in the locker. I didn’t feel great when I played James and he never really got going, but it’s a step in the right direction.
“The darts are perfect for me and everything’s perfect, it’s just about Rob believing. I’m bitterly disappointed, but I’ll go back on the practice board, work harder and come back stronger.”

The 2021 Ladbrokes UK Open will be staged behind closed doors at the Marshall Arena in Milton Keynes from March 5-7.
https://onlinedarts.com/2021-uk-open-behind-closed-doors/