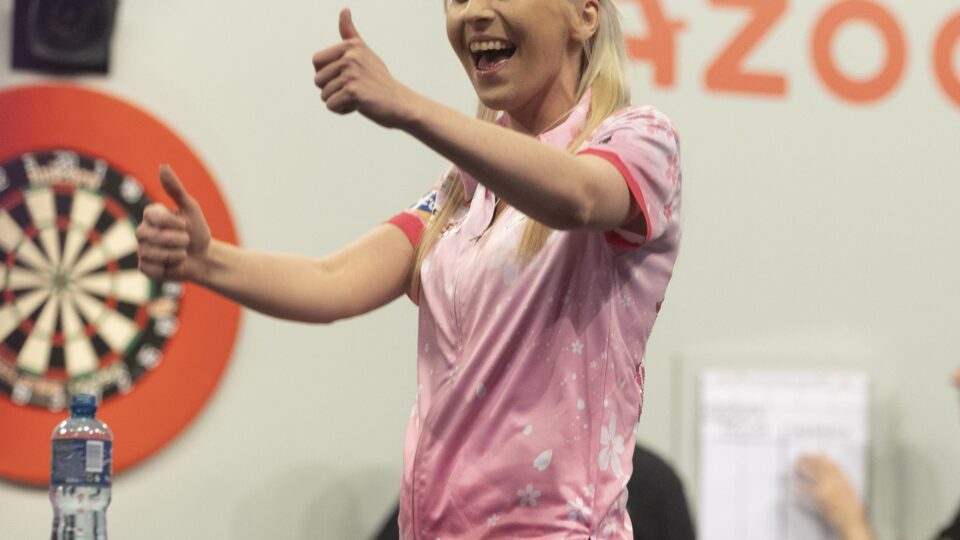 Day 2 at the Grand Slam of Darts already becomes do or die for 16 of our players, although players have made it through afterosing twice it is not common place.

The first day produced a number of surprise results. Here we look at the 4 biggest ties of the day where favoured players could go by the wayside.

For all his excellent form Chisnall once again finds himself on the precipice, only a win will do here. The make up of the fixtures being such that a defeat guarantees an early exit. Despite some decent scoring yesterday, the back end of legs was absolutely dismal. Both players only doubling at 20 percent and scraping 90 averages.

Evetts was taken apart by Gerwyn Price, his 94 average slightly falsified by only throwing at a double in the leg he won. However, if he scores as he did yesterday he will throw plenty at a double today and could put paid to Chizzy’s hopes.

Rock looked to have the job done last night before Searle raised his game and he dropped off, never having a dart to win the game. An 89 average is well off his recent pace and he will need to lift that to stand a chance against Williams.

Scott himself only averaged 88 and will need a lot more tonight, with his yellow shoes and brash attitude he is trying to be a maverick but his antics after losing last night will only secure him a letter from the DRA. He might want to look at this again as I can’t see any benefit to being caught doing what he did last night on camera, other than a lot of social media chatter. It’s hardly likely to bring sponsors flooding in. 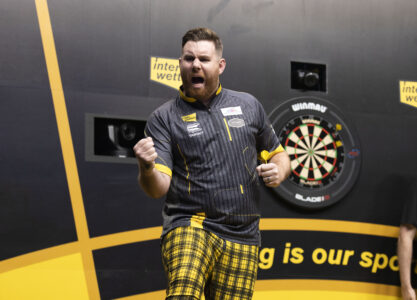 Ross Smith knows nothing other than a win will do here with Rafferty v Woodhouse to follow tomorrow, as the most recent major winner, Smudger will want to avoid a group exit but he certainly wouldn’t be the first to suffer this fate. Smith played a solid game yesterday but Woodhouse probably outperformed all expectation.

Rafferty did not disgrace himself at all against Michael van Gaerwen but ran into a juggernaut as MVG found some vintage darts, finishing above 80% on the night. Smith is a strong favourite but needs to avoid complacency against a man who has found 100+ averages easy pickings on the feeder tours this year. 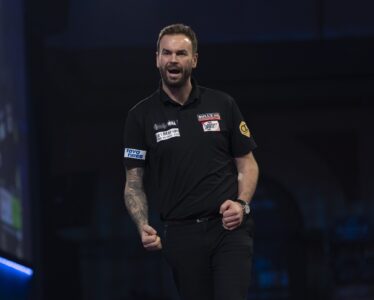 Nathan would not have expected to be in this position, especially having fought his way back from 3-0 down against Soutar last night, however he could not have banked on the Scot finding a 12 dart decider, a clutch 145 finish sealing the deal. The fixture list means it is he who has no possible bail out on Monday.

Sherrock struggled last night, but did get opportunities against another new set of darts from Peter Wright, however 14% at the double simply isn’t going to cut it at this level. She will hope to produce better against Nathan. While another defeat wouldn’t finish her campaign immediately, the significant leg difference defecit from yesterday means that in reality a win is needed here.