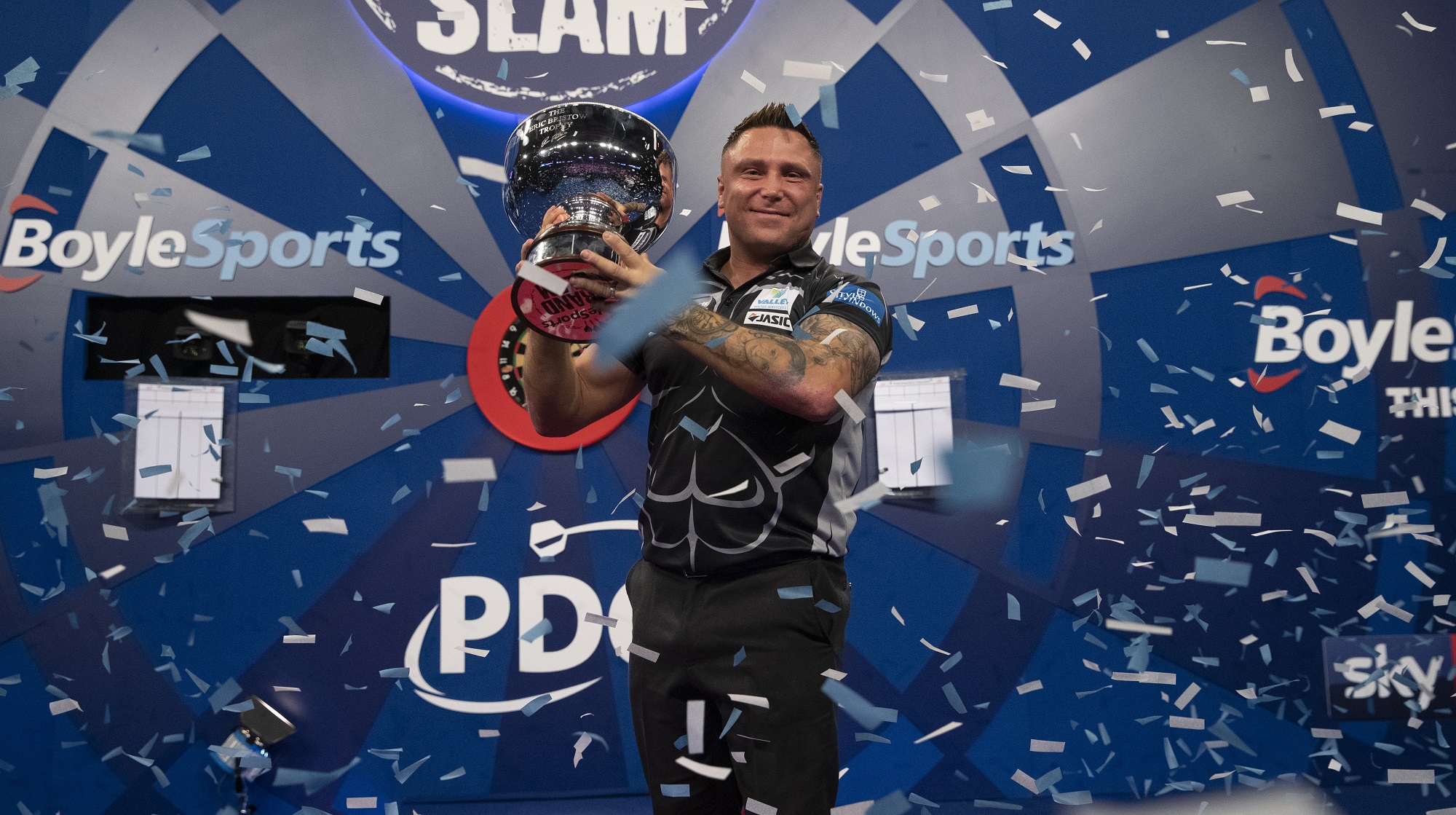 The 2020 BoyleSports Grand Slam of Darts is here.

After Peter Wright won the European Championship at the start of November, and five days of action at the Winter Series, the next event of a busy period of darts is upon us.

Where and when will the event take place?

The Grand Slam of Darts will happen from Monday 16 November to Tuesday 24 November. It will take place at the Ricoh Arena, Coventry.

The event has been moved from it’s traditional home of Wolverhampton, and will be played behind closed doors.

Who’s involved in the Grand Slam of Darts?

The tournament is unique in that it features a group stage format. 32 players will take to the stage in Coventry, and will be split into eight groups of four.

The group stage schedule has not yet been announced. However, the event schedule looks like this:

Gerwyn Price won this event in 2018 to capture his maiden televised TV title. He will be defending £110,000 on his ranking, while the man he beat in that bad tempered final, Gary Anderson will defend £55,000 as runner up.

Michael van Gerwen, as a losing semi finalist that year, will defend £28,500 on his ranking. However, Mensur Suljovic, the other semi finalist from 2018, will lose that money, as he will not be appearing at the event this year.

The prize money for the 2020 staging remains the same as 2019. It’s broken down like this:

Gerwyn Price is currently the favourite to lift the Eric Bristow Trophy once again. He is 7/2 with title sponsors BoyleSports, just ahead of second favourite Michael van Gerwen at 4/1.

The World Champion Peter Wright is third favourite at 9/2, with Nathan Aspinall at 14/1 as fourth favourite.

Gary Anderson, Devon Petersen and Glen Durrant are all 16/1, while Michael Smith is 18/1.