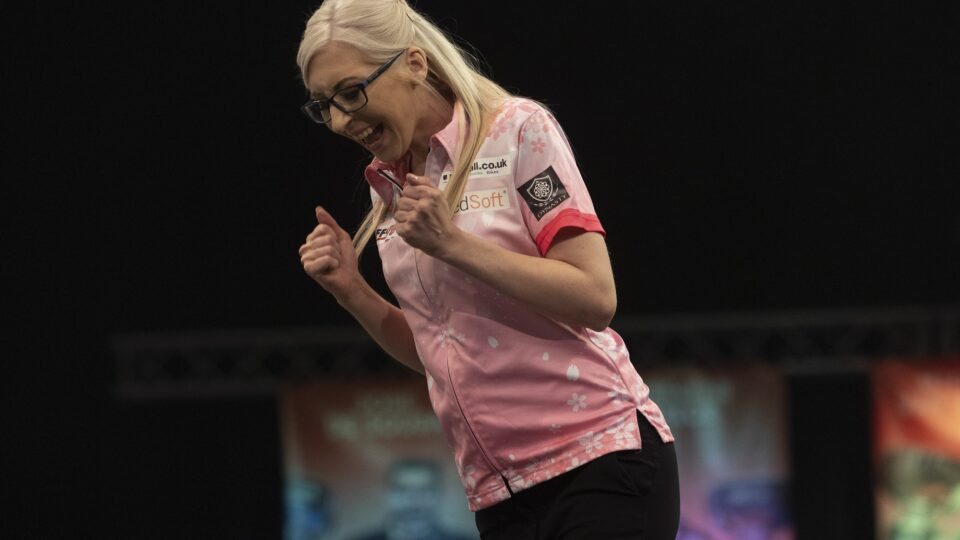 Day six of the 2021 Grand Slam of Darts sees the last 16 stage conclude in Wolverhampton.

Today, the world number two and three are back in action, while we also see the first woman ever to make a Grand Slam knockout match.

Here’s what to expect on day six of the 2021 Grand Slam of Darts.

Our first game of the day could be a 180 fest, as Michael Smith and Joe Cullen face off against each other. Smith won all three of his group matches against Raymond van Barneveld, Gary Anderson and Joe Davis to qualify top of Group H. Cullen comfortably beat John Henderson and Lisa Ashton, but lost to Michael van Gerwen to finish second in Group G.

The two met earlier this year in the fourth round of the UK Open, in which the Bully Boy edged out The Rockstar 10-9 in a game full of drama and tension. Will it be repeat for Smith, as he looks for his third straight Grand Slam quarter final? Or will it be revenge for Cullen, as he looks to make the last eight of this event for the first time?

The second last 16 tie is a clash between Peter Wright and Jose De Sousa. Wright lost to Gabriel Clemens, but comfortably beat Fallon Sherrock and Mike De Decker to end up top in Group E. De Sousa won against Matt Campbell and Mensur Suljovic, which was enough to be second in Group F despite losing to Luke Humphries in the final games.

During this tournament, Snakebite has said that he was going through the motions at previous events, but now feels focused to try and win this tournament for the first time. To do that, he must take out the defending champion, who squeaked into the knockout stages by one better leg difference. Will The Special One continue his defence of the title, or will it be the World Matchplay champion who makes it into the last eight?

Sherrock returns to the stage

The third match on today sees the return of Fallon Sherrock, as she takes on Mensur Suljovic. After losing to Wright, Sherrock beat De Decker with the highest ever average for a woman on stage, setting up a winner takes all match against Clemens in E. There, after being 3-1 down, she found a 141 outshot, followed by a stunning 170 checkout to win 5-3 and go through second in the group.

Suljovic had a slightly easier path to winning Group F. Despite losing to De Sousa, comfortable wins against Luke Humphries and Matt Campbell saw him top the group on leg difference.

The two have history on the big stage together, when they met in round two of the World Darts Championship in 2019/20. There, Sherrock won her second game of that tournament, beating the Austrian 3-1 to move into round three. After reaching the Nordic Darts Masters Final earlier this year, can The Queen of the Palace make the quarter finals of a PDC ranking event for the first time? Or will Suljovic end the Sherrock fairytale in Wolverhampton?

The final match of the night sees an old rivalry renewed, as Michael van Gerwen takes on Gary Anderson. MvG comfortably beat Ashton and Henderson, as well as hitting a record average for the Grand Slam of Darts against Cullen to finish top of Group G. Anderson beat Davis, lost to Smith, but beat van Barneveld in a straight shootout to qualify second in Group H.

The two have met on many previous occasions, with their games being talked about as some of the greatest games ever to be played in darts, such as the 2017 Dubai Darts Masters Final. However, in more recent times, MvG has had the edge over The Flying Scotsman more often than not. Now, in a tournament where he’s dropped just three legs in the group stages, the Dutchman looks somewhere near his best? Can he continue his march to a fourth Grand Slam of Darts title? Or will Anderson produce a performance for the ages to continue his quest for a maiden title at this event?