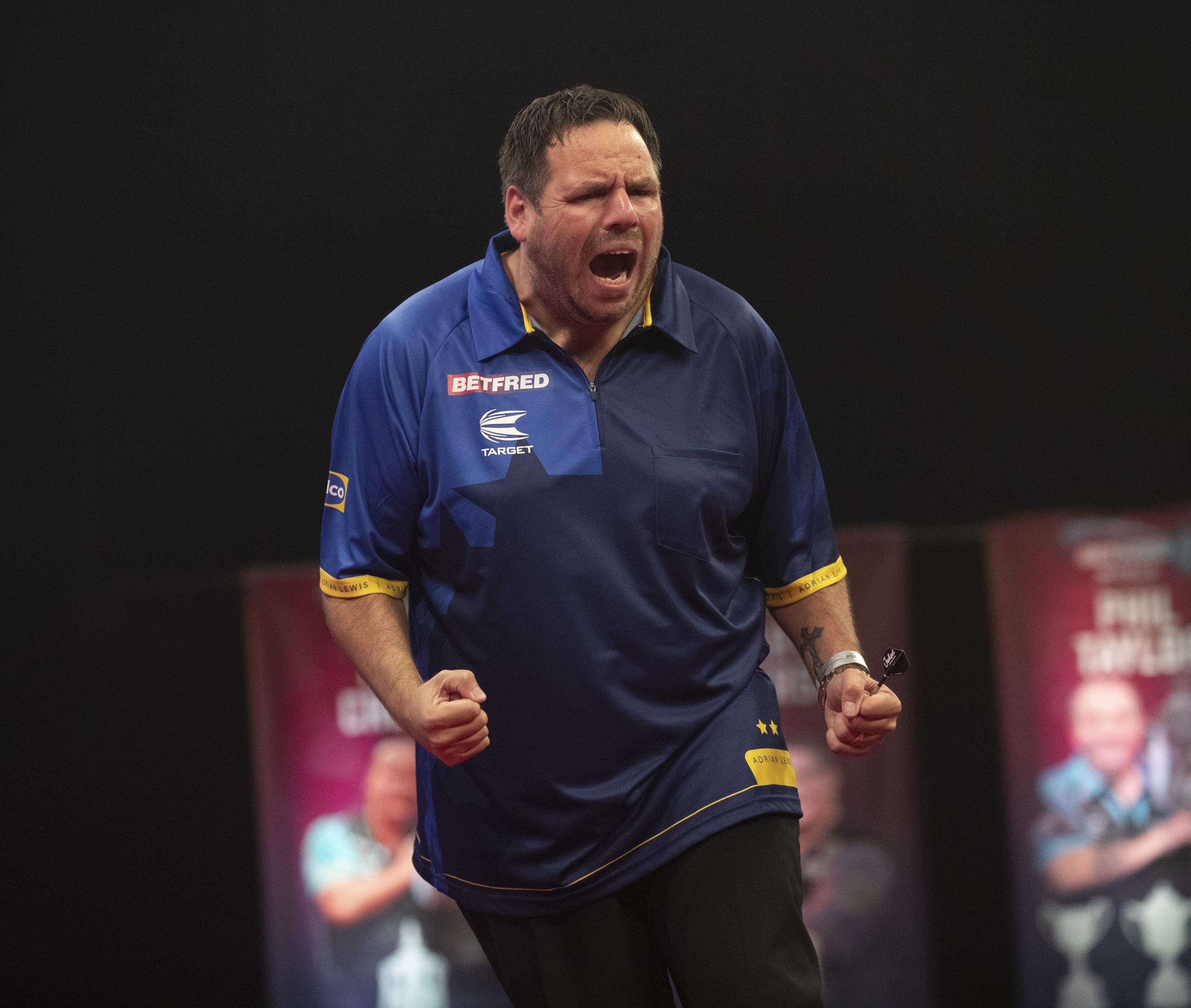 Adrian Lewis ended a three year wait for a PDC ranking title as he claimed Players Championship 20 in Barnsley. ‘Jackpot’ claimed the £12,000 top prize by beating Boris Koltsov in the final, securing his place at the World Matchplay in the process.

Two time former world champion Lewis started the day having not yet guaranteed his spot in arguably darts’ second biggest major, which starts in Blackpool on Saturday. Having squeezed past Shaun Wilkinson in his opening match via a last leg decider, wins over Martijn Kleermaker, Nick Fullwell and Pete Burgoyne followed, Lewis averaging 102 in the latter. A high quality encounter with Jonny Clayton in the last 16 saw ‘Jackpot’ run out a 6-4 winner, a run of four straight legs in the middle of the match proving vital in a game that didn’t see a leg go further than 18 darts. Nathan Aspinall stood between Lewis and the final, Lewis running out a comfortable 7-2 winner, aided by four maximums.

Boris Koltsov would be his opponent in the final, the Russian having reached his first ranking final. Koltsov averaged in the 90s for all of his matches up to the semi finals, beating Steve West, Jose Justicia, Kevin Burness, Kevin Doets and Krzysztof Kciuk set to up a clash with Martin Schindler for a place in the final. It proved to be an attritional encounter, with a total of 44 missed darts at double between the pair. Koltsov did manage to hit a 140 checkout, as he went into the final thanks to a 7-3 success.

The pair exchanged breaks of throw in the opening legs of the match, followed by successive holds. Three legs on the spin for Lewis put him in charge at 5-2 before Koltsov got a leg back for 5-3. After Lewis had again held, Koltsov powered in a magnificent 160 out to get back within two at 6-4. That was as good as it got for Koltsov however as ‘Jackpot’ held throw to go within one of victory before breaking in 16 darts to clinch the title.

It was pretty much as you were in the battle to reach Blackpool after Sunday’s action. Recent European Darts Matchplay runner up Rowby-John Rodriguez remains in the box seat for the last qualification spor, despite his surprise 6-1 last 64 defeat at the hands of John O’Shea.

His closest challengers at the start of the day were Ross Smith and Ricky Evans. They both departed at the same stage as Rodriguez, Evans to Geert de Vos and Smith to Steve Beaton respectively.

Simon Whitlock’s run was ended in the last 32 as he lost to Jermaine Wattimena. He goes above Evans on countback but still needs a mammoth day on Monday to have any chance of featuring at Winter Gardens.

Best Of The Rest

Northern Ireland’s Nathan Rafferty hit a nine darter in his first round clash with Dave Chisnall. The youngster, somewhat fittingly, achieved darting perfection in leg nine. However, it proved to be to no avail as Chizzy won through 6-4.

Highest average of the day went to world champion Peter Wright. He hit a blistering 108.65 average in his opening round drubbing of Adam Gawlas. He then lost to Nick Fullwell in the very next round.