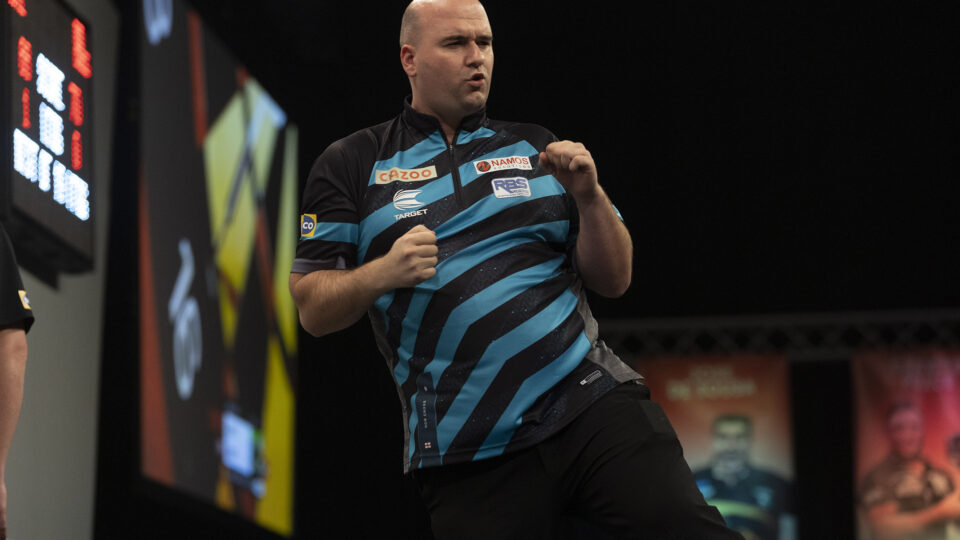 It’s the final day before Christmas at the 2021/22 PDC World Darts Championship. We see the conclusion of the second round, before everyone takes a few days break.

Today features eight second round matches, giving us our first look at the final eight seeds yet to take to the stage.

Here’s all you need to know ahead of the action.

Last on stage in the afternoon session we see the enigma that is, world number 7 Jose de Sousa. He gets his 2021/22 tournament underway as he takes on Jason Lowe.

Describing de Sousa can be nearly as messy as his counting is at times. Frustrating, brilliant, careless, but always highly watchable. You never know what you are going to get next with the Portuguese.

One thing is for sure though, he’s supremely talented and it’ll be exciting. Having won his first major title at the Grand Slam in 2020, Jose also reached the Premier League final back in May.

In Jason Lowe he faces a man that won’t get involved in any of the histrionics. Whether Jose goes the conventional route at Shanghai or goes for three tops, Lowe won’t be fazed. He whitewashed Daniel Larsson in round one, although will have to markedly step up his performance if he is to spring an upset today. Will he be able to do it?

Elsewhere in the afternoon session

The final one of our five Australians in the field takes to the stage in our first game, as Damon Heta looks to get the better of Luke Woodhouse. The winner earns the right to face 2019 PDC World Champion, Peter Wright in round three. Woodhouse played well in defeating James Wilson 3-1 to set up this contest. Will that experience of already being on the 2021/22 stage help him or will the ever-improving Heta have too much for him?

Second on, could be an absolute classic as we see a resurgent Brendan Dolan taking on the up and coming, heavy scoring Callan Rydz. Dolan made the semi finals of the recent Players Championship Finals at Minehead, beating both Gerwyn Price and Jose de Sousa along the way. Rydz wasn’t really challenge in his opener against Yuki Yamada, but was fairly impressive nonetheless. Can Rydz keep the quiet periods and trebleless visits to a minimum, or will the consistency of Dolan see him through? The winner will play last night’s victor, Nathan Aspinall.

The other game in the afternoon feels like a big game for Mensur Suljovic. The Alexandra Palace stage holds some demons for him, having lost to Fallon Sherrock there two years ago. While he did make the final of the World Cup this year alongside Rowby-John Rodriguez, he followed that with another loss to Sherrock at the Grand Slam, before losing to Rydz at the Players Championship Finals. Souter on the other hand, made a bright start to his PDC career after earning a tour card at QSchool. His form has dipped a little later in the year but he’ll be confident after coming through his first round game despite getting a little too involved with the crowd early on. Will we see another seed fall?

There really is only one place to start in the evening’s action. Rob Cross and Raymond van Barneveld meet in a mouthwatering round two clash of former world champions.

2018 champion Cross, has had a recent resurgence, winning the European Championship with victory over Michael van Gerwen in the final.

Barney was last victorious in the PDC World Darts Championship back in 2007, and made his comeback this year after a year away from the sport. He was successful in regaining his tour card in January before going on to win his first PDC title in 7 years, as he won the third Pro Tour title of the year.

van Barneveld has won both of their meetings this year since making his return to the tour, one of which came on his way to the aforementioned title. He booked his place in the second round with a comfortable 3-0 win over Lourence Ilagen. Who will come out on top and set up a matchup with Daryl Gurney?

Elsewhere in the evening session

Opening up the action, sees one of the most consistent players this year, in Danny Noppert taking on Jason Heaver. 18th seed Noppert will go into this as favourite against a player ranked 80 places below him. Heaver defeated Gordon Mathers 3-1 in round one. Will he be able to spring the upset or will Noppert carry on his impressive showings on the biggest stage? Ryan Searle awaits in round three.

In the second game, the German Giant Gabriel Clemens takes on Welshman Lewis Williams. It was a professional job from the Prince of Wales in round one, as he whitewashed Toyokazu Shibata. Clemens is another coming into this event off the back of a defeat to Sherrock, being on the wrong end of the last leg 170 that knocked him out of the Grand Slam of Darts. Will he bounce back to form, or will the young debutant be able to build on his first round victory?

Rounding off the night is Chris Dobey, who takes on the remaining Rodriguez brother, Rusty-Jake. Dobey doesn’t come into the event in the best of recent form, but has been very good over the course of the year. Rodriguez, who won their only other meeting earlier this year, was impressive on debut in round one as he defeated Ben Robb, 3-1. The winner gets a shot at Michael van Gerwen.