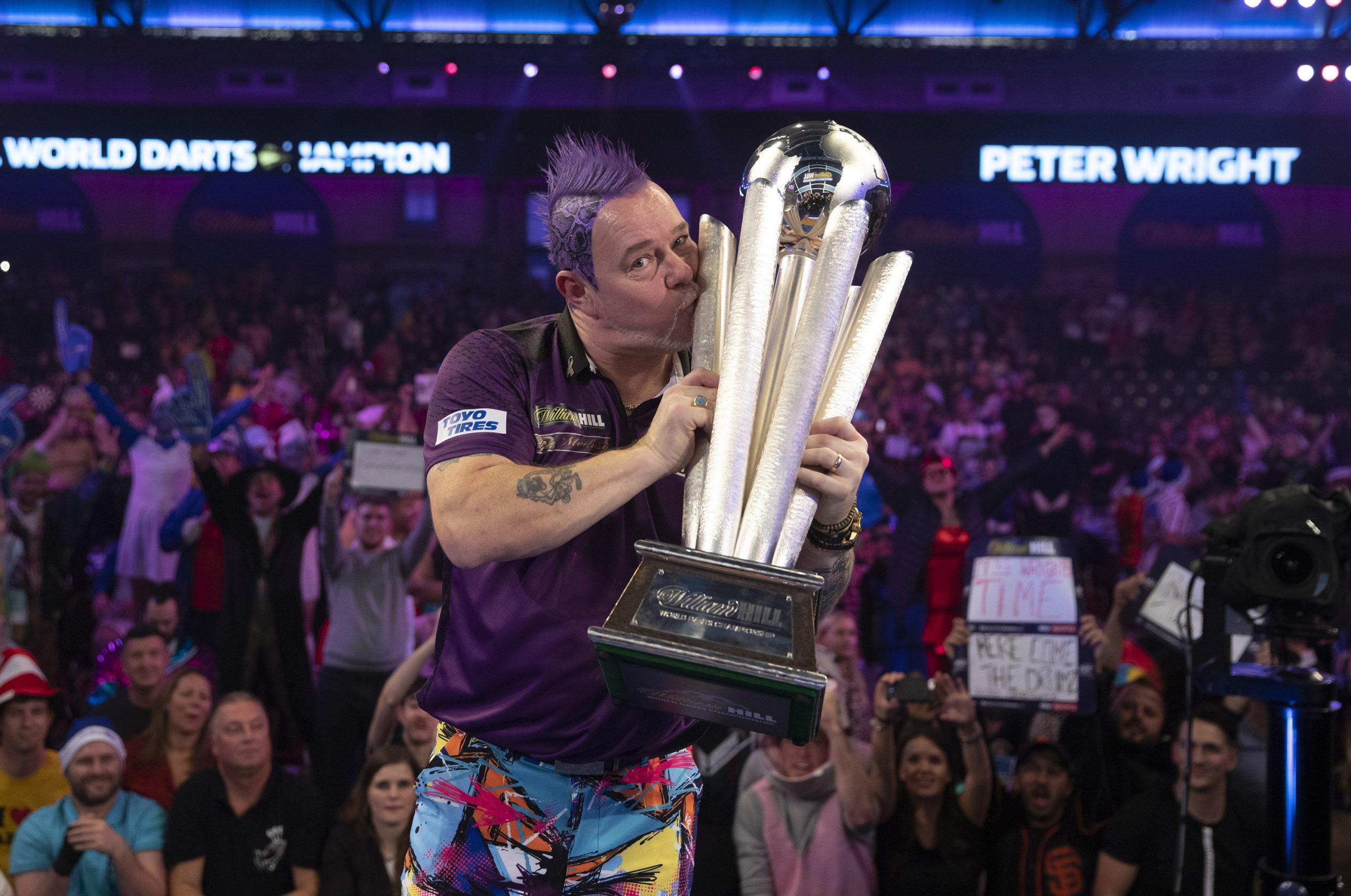 The first Friday of the 2021/22 PDC World Darts Championship sees six more round one games, and two more round two clashes.

After Gary Anderson fought past Adrian Lewis on day two, 16 more players make their bow at this year’s tournament across two sessions.

Among the players involved, so here’s what’s coming up on day three of the 2021/22 PDC World Darts Championship.

The round two game in Friday’s afternoon session should be fantastic, as Krzysztof Ratajski takes on Steve Lennon. Lennon beat Madars Razma yesterday to set this game up, looking in extremely good touch doing so. He’s bidding to rea

Ratajski had a good start to the year, reaching the quarter finals of the UK Open and BoyleSports World Grand Prix, and the semi finals of the World Matchplay. However, he has tailed off in recent events, losing in the opening round of the Grand Slam and the Players Championship Finals.

The Polish Eagle has won all three of their games against each other. Will he continue that record, or will Scuba Steve finally beat him on the biggest stage of all?

In the three round one games, the eye catching one of the afternoon slate sees Keane Barry of Ireland take on Hong Kong’s Royden Lam. In a clash of styles, Barry will be hoping his quicker pace sees off the slower Lam. Both have play on the Alexandra Palace stage twice, and failed to win. Who will get their first victory and set up a tie against Jonny Clayton on Sunday night?

Jermaine Wattimena and Boris Koltsov do battle in the third game on. Wattimena has fallen away in 2021, sliding down the rankings to be outside the top 32. Koltsov has been steady on the Pro Tour, but won the EuroAsia Qualifier to secure a return to the Palace. Who will get the biggest win of their year and play Dirk van Duijvenbode on Wednesday 22 December?

The opening game sees Relentless Ryan Joyce face off against Czech qualifier Roman Benecky. Joyce recently made the last 16 of the Grand Slam of Darts, and previously made the quarter finals at the Worlds. For Benecky, his shock win over Karel Sedlacek in the East Europe qualifier secured him a debut at Alexandra Palace. Can he produce another shock, or will it be Joyce that plays Mervyn King on Tuesday 21 December?

Wright back at Alexandra Palace in evening session

The 2020 World Champion returns to the scene of his biggest triumph this evening, as Peter Wright takes on Ryan Meikle in the round two contest. Snakebite won the 2021 World Matchplay at a canter in July, but went missing afterwards as he changed darts regularly. However, he then made the final of the Grand Slam, and was victorious at the Players Championship Finals, the last event before the Worlds.

Meikle took out Fabian Schmutzler last night, effectively securing his Tour Card for another year. Now with a free hit, can he produce the biggest win of his career against Wright? Or will Snakebite secure his spot in round three?

Elsewhere, three cracking round one games will entertain us before that. The first sees Joe Murnan take on the ageless wonder in Paul Lim. Murnan won his Tour Card back at Q-School earlier this year, and won two games on the Euro Tour to make the 2021 European Championship.

In his first game at Alexandra Palace in six years, he takes on the oldest player in the tournament in Lim. Lim was the first player to hit a nine dart finish at a World Darts Championship in 1990, and is playing in his 26th World Championship combined. Who will come through an intriguing looking tie to play Nathan Aspinall on 22 December?

Two rising stars take to the stage next, as Willie Borland plays Bradley Brooks. This is a huge battle in the tour card race, as Brooks could keep his card with a win, giving Nathan Rafferty the UK Development Tour’s card for 2021.

Bam Bam is in good form, having reached the last 16 at the Grand Slam of Darts, pushing Gerwyn Price all the way in that game. Borland has been consistent on the Pro Tour in 2021, and made the last 16 on the Euro Tour this year as well. He knows a win will also make him safe in the tour card race, so who will take victory and play Ryan Searle in the afternoon session of Wednesday 22 December?

Finally, it’s the battle of the Smiths, as Ross takes on Jeff in what looks to be a tasty affair. Ross won his maiden Pro Tour title earlier this year, qualifying for both the World Matchplay and World Grand Prix in the process. By contrast, it’s been a tricky year for The Silencer Jeff, with travel restrictions significantly hampering his chances of qualifying for major events.

Still, Jeff beat Keane Barry last year at the Worlds, while beat David Evans. Who will make the second round for the second straight year, and play Stephen Bunting on Sunday afternoon?