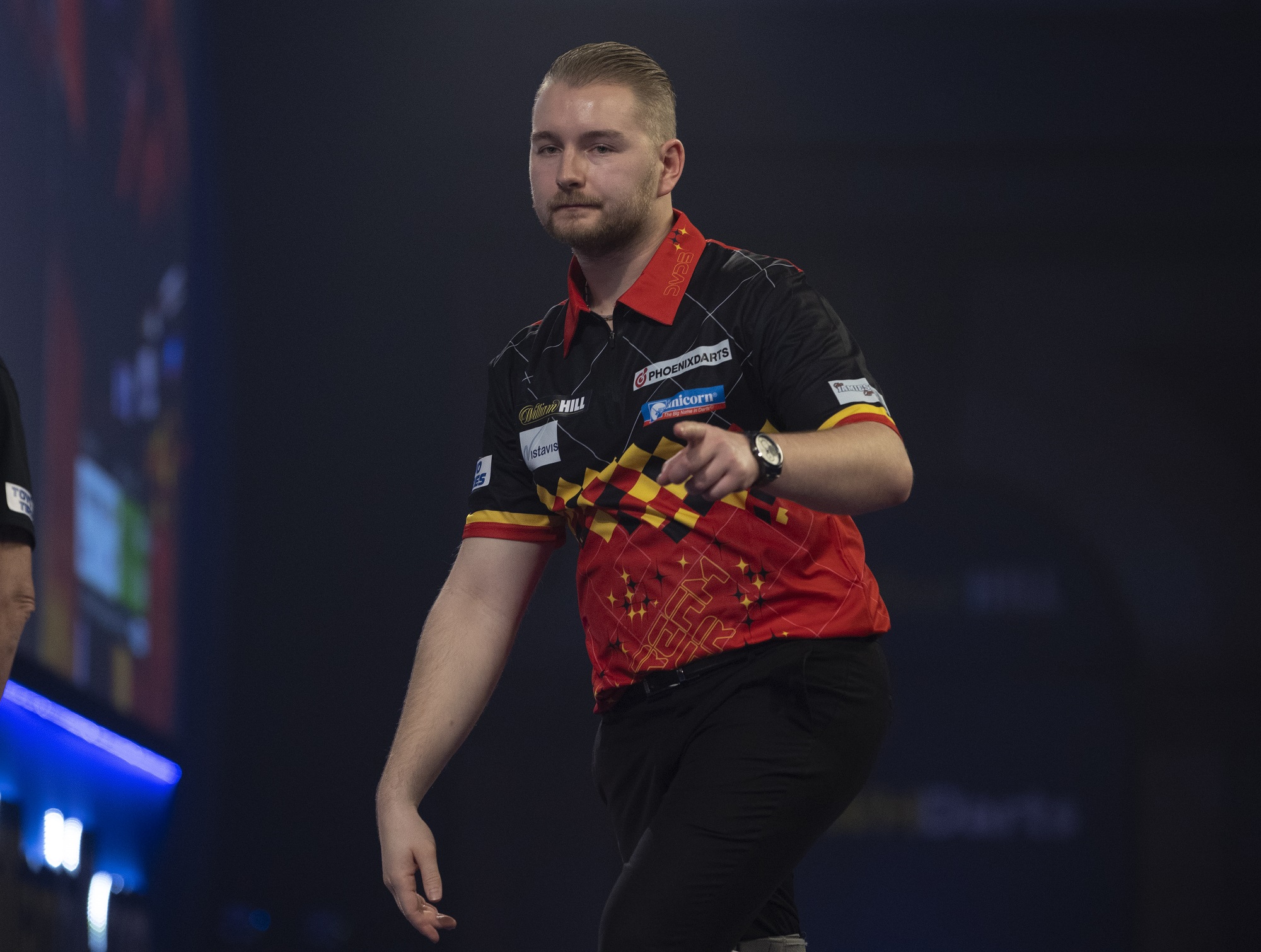 Since he beat Josh Payne to win the World Youth Championship in 2017 at Butlin’s Minehead, I’ve been fascinated by Dimitri Van den Bergh.

In the crowd for my first ever weekend at the Big Top, I was amazed at the way he owned the stage. He looked a natural born performer.

So it was no real surprise to me when he made the quarter finals of the World Darts Championship just over a month later, losing out to eventual champion Rob Cross in an epic for which I was privileged to be in attendance for once again.

It’s been obvious for a while that the Belgian comes alive in front of the big cameras. Now, Dimitri Van den Bergh looks to dazzle on stage once again, this time in the Premier League.

That run in November and December 2017 introduced the world to Van den Bergh, and he’s rarely let the bright lights get to him.

12 months later, he rewrote the history books. The only player to win two World Youth Championships, or do it back to back. Another quarter final appearance at the Worlds earned, as well as a slot as a Premier League contender.

Stepping up to face James Wade in Rotterdam, he led the contest, before settling for a 6-6 draw. After reaching back to back ranking quarter finals at the start of 2020 in the Worlds and UK Open, he moved into Peter Wright’s house throughout the first COVID-19 lockdown.

It turned out to be an inspired decision, as when darts resumed, Van den Bergh created yet more history. He beat Gary Anderson to win the World Matchplay title on debut, becoming the first Belgian to win a ranked PDC TV event, as well as the first World Youth champion to do so.

It was that performance that saw him into the line up as a full time 2021 Premier League player. The question now, is can he replicate that night after night in Milton Keynes like he did in July 2020?

Jack “Gobby” Garwood gives his prediction on what we’ll see from Dimitri Van den Bergh in this year’s Premier League, and where he will finish:

Dimi is somewhat of an enigma.

It defies logic for someone to have such a difference in his TV and floor games, especially as it improves so much the minute he is in front of a camera, Much like his walk on though, it proves one thing. He is a showman.

The charismatic Belgian is potentially the future of this fine sport, and he’s done his time in the darting apprenticeship that is the development tour.

His knee injury means he’s another that we aren’t really sure what to expect from this year. But the field should not take Dimi lightly.

“He ticks every box the PDC needs to grow the game”

Some opinion formers have suggested that Van den Bergh is too inconsistent in the way he plays.

One minute, he can throw the record Grand Slam group average playing at a decent pace. The next, he throws very slowly, and ultimately costs him in a semi final against James Wade that very tournament.

If he can play at a consistent pace, Van den Bergh’s game is a worry for anyone in the field. His scoring ability is excellent, as is his double hitting. He must not overthink how he plays, but just get on with the job.

Van den Bergh has also had surgery to repair a knee injury, sporting a knee brace for the majority of tournaments since the World Matchplay. He still does not look 100% comfortable, and has said he will not be 100% heading into Monday’s first event. How much will it hamper him? We’ll have to see.

The Premier League is not just important for the Belgian though, but for the PDC too. Van den Bergh is fluent in five languages, one of the most humble people you can interview, and is a fantastic young player from a European country. He ticks every box the PDC needs to grow the game. Do well here, and expect to see The Dream Maker in many more exhibition events.

If he were to win the Premier League, Dimitri Van den Bergh would find himself in a new stratosphere in the game of darts.

The question for him, is will the lights shine too bright for the first time on a big stage?