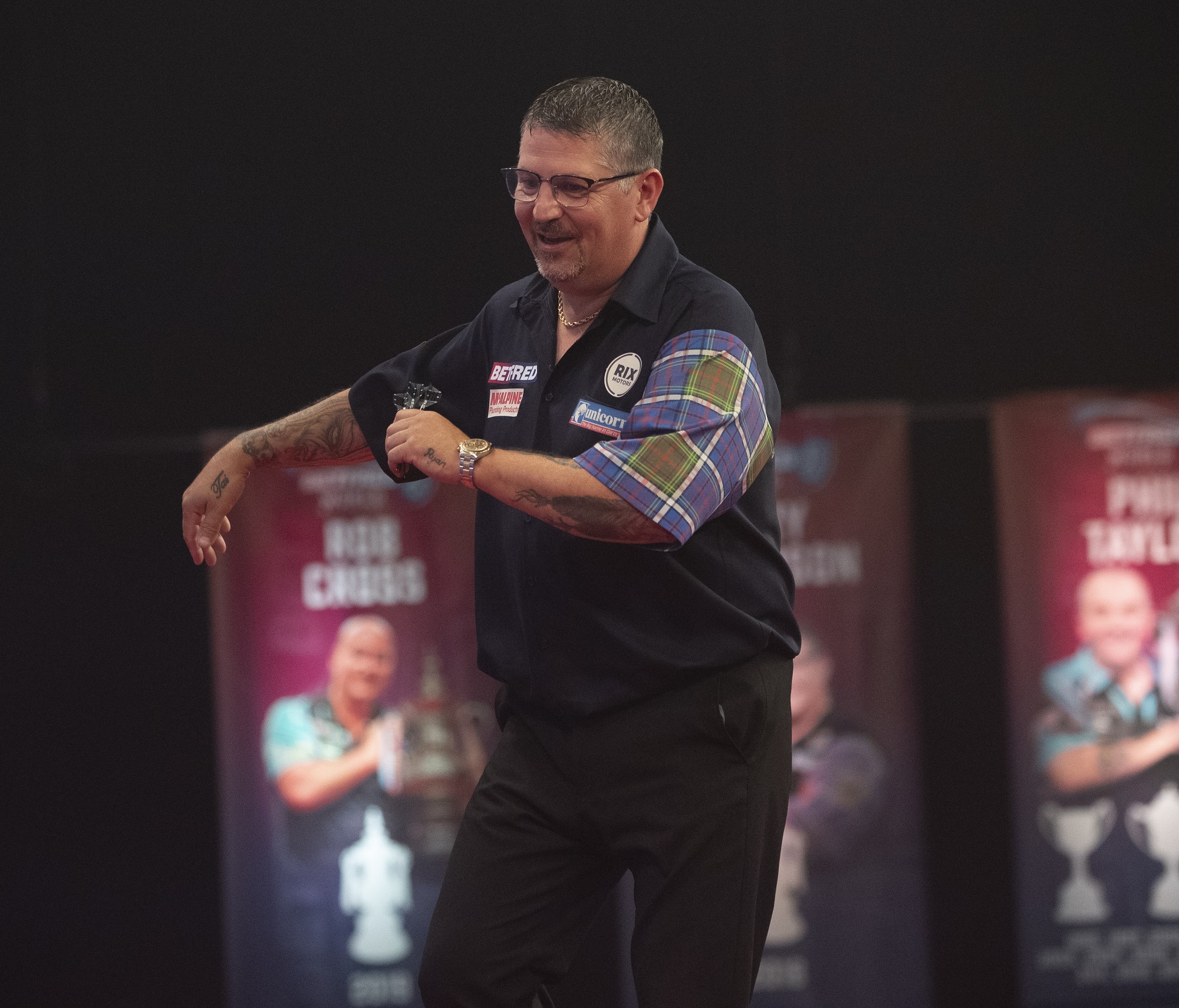 Gary Anderson is arguably the most naturally gifted player in the 2021 Premier League Darts field.

The man has more ability in his little finger than most have in their body. When he is in full flight, he is magnificent to watch. The 180 hitting. The preciseness of his doubles. All of it, flowing as one, is like watching the Niagara Falls. You cannot help but marvel at the majesty.

The Anderson of 2015,16 and 18 showed just how magnificent he can be. After a largely barren two years, it’s time for him to show it again.

You must take everything The Flying Scotsman says with a pinch of salt.

Before the 2020 Premier League began, he wrote off his chances of performing well last year. Just over a week later, he cruised to the first Players Championship floor title.

Coming into the World Matchplay almost written off, he nearly defended the winner’s money of two years ago. Making the final, he lost to fellow Premier League player Dimitri Van den Bergh.

He also made the last four of the Premier League, missing match darts to beat Glen Durrant. But it was his World Championship run which finally saw him back in this competition.

There, he came up against a determined, and for the majority of the match, unplayable Gerwyn Price, falling short of winning his third World title. As always, a rematch of the World final always happens on the opening night of Premier League. It will be fascinating to see the two lock horns once more, as it always has been since that Grand Slam final of 2018.

Jack “Gobby” Garwood gives his prediction on what we’ll see from Gary Anderson in this year’s Premier League, and where he will finish:

I’ve said this a lot about this years field, but I genuinely do not know what to expect from The Flying Scotsman.

We all know the pedigree of the man. You can never rule him out. I’m not sure many expected to see him in the Matchplay final last year. Even less expected he would battle Gerwyn Price for the Sid Waddell trophy in January.

Anderson though continues to defy a decline in performances when they really matter. Especially for a man that has openly admitted his preparations nowadays are not what they once were.

I expected to see a re-invigorated Anderson this year given the media that followed him at the Alexandra Palace, but that is yet to really materialise. Maybe the Premier League is the spring board for Ando to re-find his mojo.

“He’s frustrating, and yet a genius”

Anderson said previously that he will be taking 2021 seriously. So far, we’ve yet to see his true best form.

An exit in the first game he played at The Masters. The same at the UK Open. He’s also not had the best of starts to the year at the Super Series, although he did beat Price in one event.

The action does not look as smooth as it did, and the worry is that he’s not been bothered enough to practice. But, he does not need to practice, because of his natural ability. Which is why he’s frustrating, and yet a genius.

Let’s not forget that he’s also won this title twice. If he gets into the top four, then watch out for him on Finals Night.

The question on our minds for the next few weeks, is which Gary Anderson will we see this year in the Premier League?

Will it be the genius, or the frustration?