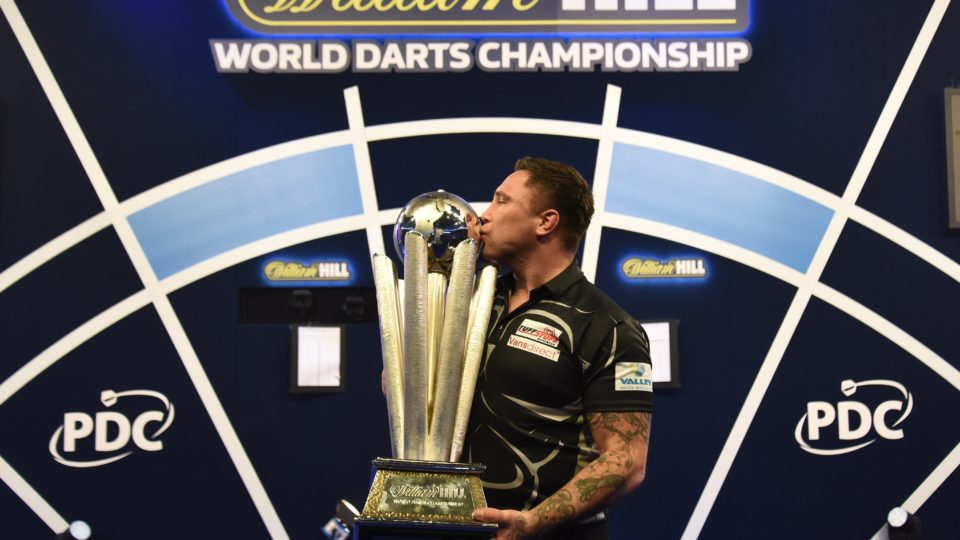 Gerwyn Price has finally realised the dream of anyone to pick up a dart, winning his first ever PDC World Darts Championship against Gary Anderson.

In a year of cancellations, amendments and ultimately a lack of fans, The Iceman lived up to his name on Sunday night at the Alexandra Palace. He produced a spell in the middle of the match that will live long in the memory, eventually hitting double five to win 7-3 after missing 11 match darts prior. In doing so, he earns £500,000 and the Sid Waddell Trophy. Not only that, but he’s the first man in seven years to knock Michael van Gerwen off the world number one spot.

Yes, Rob Cross won the World Darts Championship in his debut year, completing a sporting fairytale. However, for Price to achieve the world number one spot, in just seven years as a professional player, is arguably as good an achievement.

A former rugby player, even playing professionally for Glasgow, the Welshman gave up his career in 2014 to concentrate on darts full time. He played local league, and then BDO Super League, before Barrie Bates advised him to go to Q-School. He was successful on winning his tour card on the second day of action, and thus began his meteoric rise.

After two years of learning his craft, reaching semi finals on the floor and making a quarter final at the World Matchplay, Price finally won his first title in 2016, beating Peter Wright 6-3. Not only that, but he then won the next event, defeating Jamie Caven. It was clear to see that the Welshman may just have a fair bit of talent, reaching the top 32 for the first time on the Order of Merit.

The next hurdle to overcome was making and winning a TV final. He reached his first ever major final in 2017, but lost 11-6 to Peter Wright at the UK Open. At his next attempt though, at the 2018 Grand Slam of Darts, a 16-13 win over Anderson, his opponent in last night’s final, saw him become the first ever winner of a PDC major from Wales. After the win at the Alexandra Palace, you can almost say Price’s career has come full circle.

“In reality, this World Darts Championship win for Gerwyn Price should not be a surprise”

After defending the Grand Slam of Darts in 2019, Price started 2020 with a bang, winning the first Euro Tour event. Losing the UK Open Final to Michael van Gerwen in a classic, when it looked like he would win his third televised title weeks later though, may have put a few doubts in The Iceman’s head.

The lack of crowd when darts restarted certainly did not help him, as he lost in the first round of the Matchplay and failed to make the final stages of the Premier League. But, wins in the World Series of Darts Finals, plus a World Cup victory with Jonny Clayton did. Arguably though, his most important win of the year, came on Tuesday 12 October.

After surviving match darts against Dave Chisnall in the semi final, Price overcame surprise finalist Dirk van Duijvenbode to win the 2020 BoyleSports World Grand Prix. Why was this important? It was the first ever win for the Markham man in a set play event, a format that he still dislikes to this day. It showed him that he is capable of winning set play events, the format that the Worlds is played in.

All this led to the World Championship, where Price went off as third favourite behind Michael van Gerwen and Peter Wright. To say he battled for this title though, would be an understatement.

Stephen Bunting was 4-3 up against The Iceman in the semi finals. Price then won nine of 11 legs to win 6-4. The ability of the man to score so well, and hit those crucial checkouts, gets him over the line in many big games. And of course, when he finds that shot, he will let you know it.

All of which set up that final against Anderson. After the first two sets were shared, the next four will be talked about by darts fans for a long time. He was just simply unplayable, hitting every double shot, going 12/12 on tops, and producing the highest set average in the World Darts Championship, pinging in a 136.62 in the sixth. The only thing missing was the nine darter, and he missed double 12 for that in the sixth as well. Yes, he got nervous towards the end, but with your first ever World title one dart away, wouldn’t you? Eventually, he pinged double five with his 12th match dart, and realised that lifelong dream.

Did the draw open up for him? Well, he did not have to play either Van Gerwen or Wright, so the argument could be made. However, you have to be good enough to take the opportunity handed to you, which is certainly what Price did. Plus, no matter who you play, becoming World Champion is a difficult thing. The Iceman is just the tenth player to do so in the PDC.

After winning the most titles in 2020, it seems only fitting that Gerwyn Price lifted the biggest title of all this year. Seven years ago, Michael van Gerwen had just assumed the world number one spot, and won his first World title. Price had yet to win his tour card at Q-School. Now, he’s the first player to win the World title after winning his tour card there, and the first player to become world number one after doing so as well. It shows that the PDC system works.

Unless something remarkable happens, he will remain in that position until the Alexandra Palace reopens its door next December, hopefully to fans. He is the man to beat.

Not a bad few years for a former rugby player from Markham.