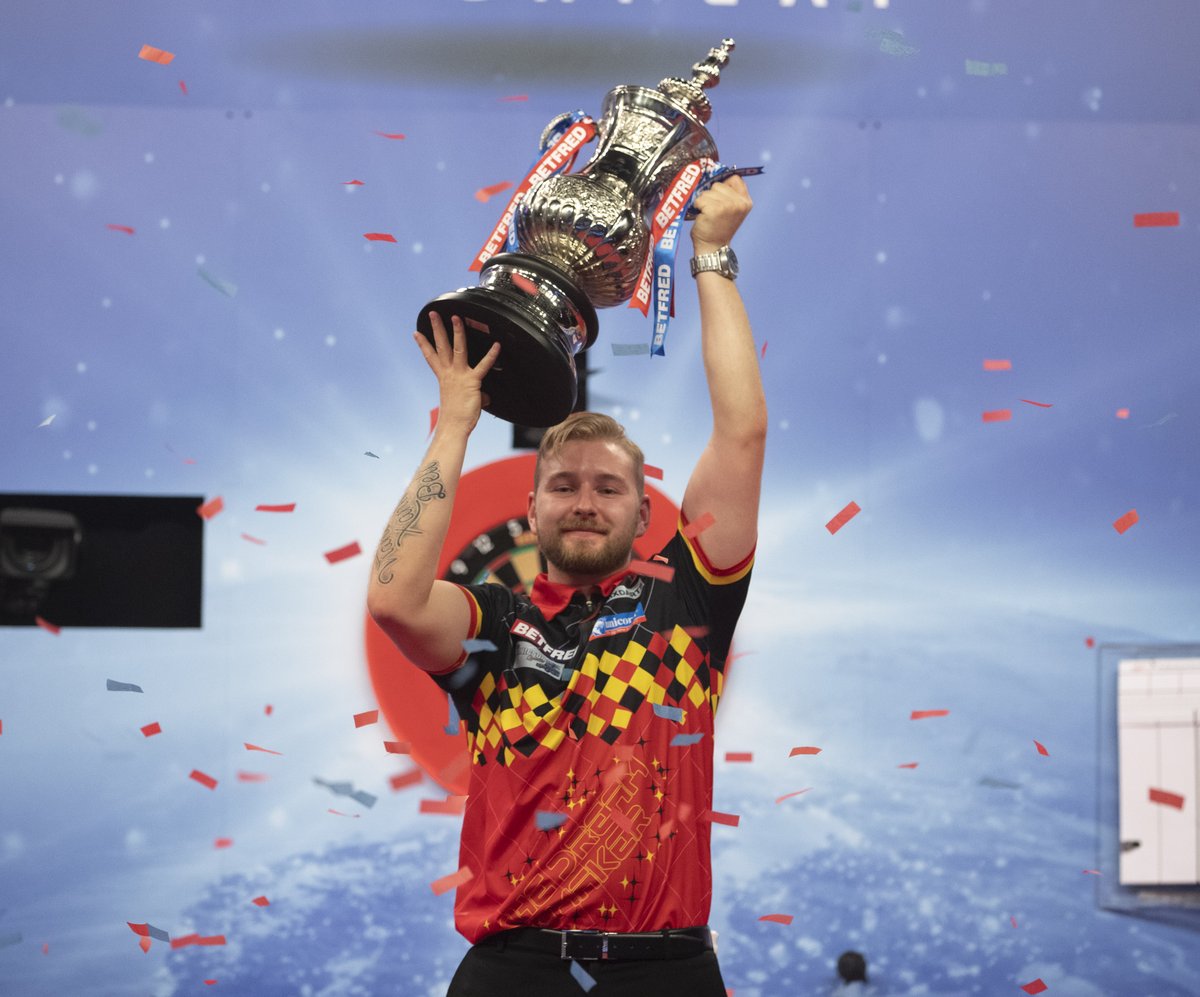 After two years of waiting, the Betfred World Matchplay is back in its rightful home of the Winter Gardens in Blackpool.

Despite there not being a full crowd in the iconic venue, the fans inside will make plenty of noise, as the first of nine days of action take place.

Here’s what to expect on night one, which features three PDC TV tournament winners in the last year, including the defending champion.

The opening game of the 2021 Betfred World Matchplay sees England’s Dave Chisnall take on the Netherlands’ Vincent van der Voort in what should be a quick contest. They actually met at the same stage of last year’s event, with Van der Voort beating Chizzy 10-6 en route to making the last eight.

Since making the semi finals of the World Championship earlier this year, Chisnall has struggled for form on the floor. However, he’s reached the quarter finals of both TV tournaments so far in 2021, that being The Masters and the UK Open. However, he’s not won a game at the event for two years, and has never been past the last eight. Is this the year that Chizzy finally breaks that quarter final hoodoo?

By contrast, Van der Voort’s form has been more consistent on the floor, regularly making the last 16 of Players Championship events. However, since the World Championship, he’s struggled on the TV after his quarter final run last year, going out in the fourth round at the Worlds and UK Open. Can The Dutch Destroyer get back to winning ways and make another deep run in this event?

The Dutch also have representation in the second match, as Dirk van Duijvenbode faces off against Premier League champion Jonny Clayton, in what should also be another fast paced game.

Nobody has won more titles than Clayton in 2021. The Welshman has been victorious in the Masters, and twice on the floor, before following up that with his Premier League win. However, he’s never been past the first round of the Matchplay. Can The Ferret continue his sensational year and make a deep run in Blackpool?

Van Duijvenbode has had a sensational 12 months at TV tournaments. He’s reached the final of the World Grand Prix, and the last eight of the European Championship, Players Championship Finals and Worlds. However, Clayton was the man to beat him in the Europeans, and beat him again at this year’s UK Open in the fifth round.

Can The Aubergenius, who’s already won a Players Championship title this year, get his first win in three over The Ferret and move onto round two on his Blackpool debut?

It’s a second straight Wales v Holland game next up, as World Champion and world number one Gerwyn Price takes on Jermaine Wattimena.

Since winning the Worlds in January, it’s been a stop start year for Price. The Iceman made the semi finals of the UK Open, and won a floor tournament, but a positive Covid-19 test saw him miss out on the Premier League.

He made a final on his return back to competitive action on the floor, but has not won a game at the World Matchplay for four years. Can The Iceman finally put that right tonight?

He faces an opponent that he thrashed 7-0 in last year’s Premier League, in the final Contenders series match. Wattimena originally did not qualify for this event, but replaces Mensur Suljovic after the Austrian’s decision to withdraw on health grounds.

The Machine Gun has only ever made one quarter final of a PDC TV event, and has never won a game at the Matchplay. He’s also been struggling for form, but will the Dutchman cause a huge surprise and knock the world number one out?

Ever since winning the Phil Taylor Trophy, the for former World Youth Champion Van den Bergh has continued to deliver. The Belgian reached the semi finals of the Grand Slam in 2020, finished fifth on his Premier League debut Play-Offs, and finally took home his maiden floor tournament win earlier this year. What magic will we see from The Dream Maker tonight, as he bids to retain the title?

His opponent, Devon Petersen, has seen his form dip slightly over the last six months. After reaching a Pro Tour final, and winning his maiden European Tour title, Petersen looked to be unstoppable for a period during Autumn 2020. However, he then lost to Michael van Gerwen in the World Grand Prix, and despite making the last eight of the UK Open earlier this year, has not hit the heights since.

Can The African Warrior knock the defending champion out of the tournament on his Blackpool debut this evening?