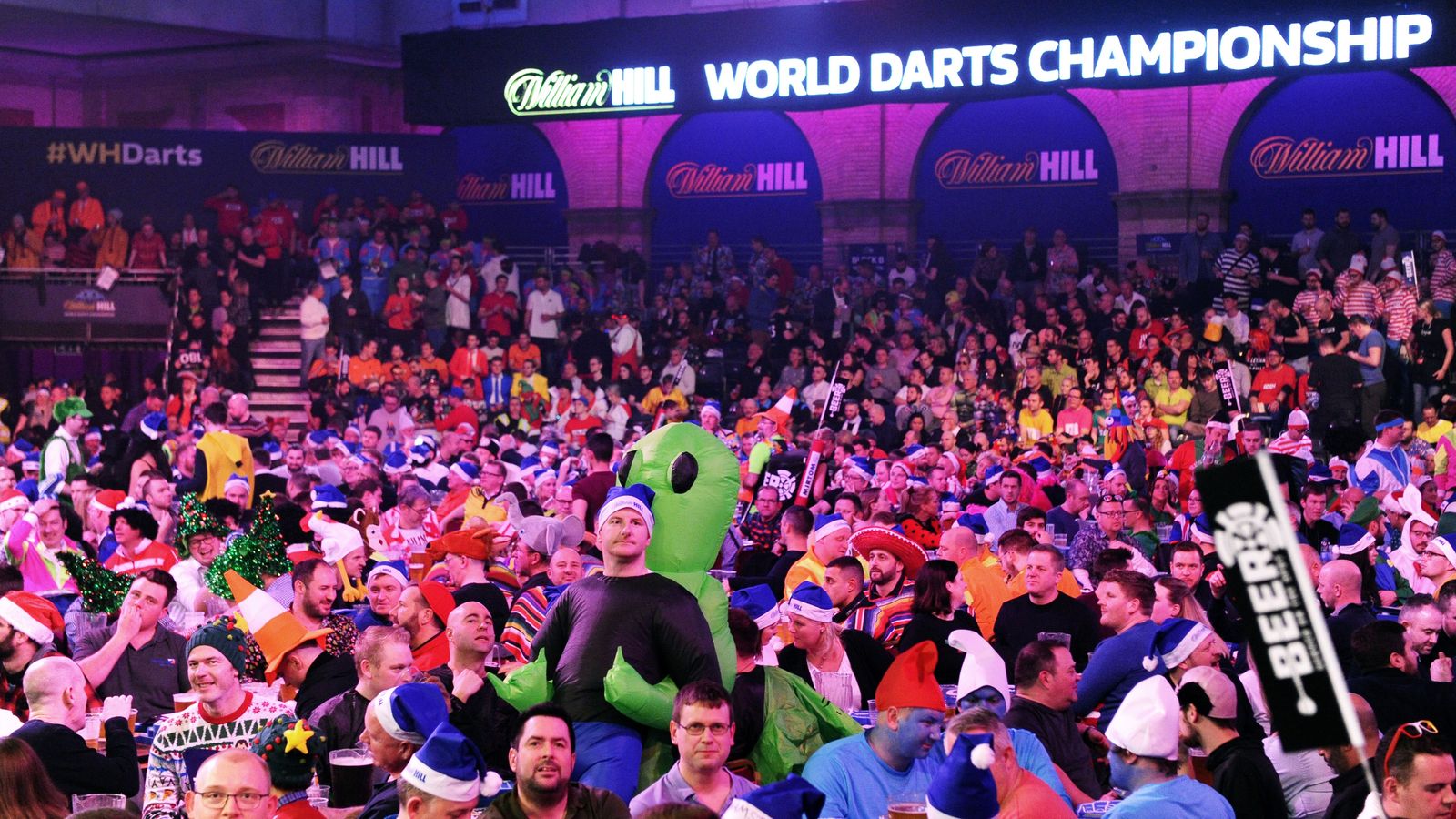 After all the other tournaments, and all the hype, we’ve finally reached the main event of the darting calendar. Alexandra Palace in December and January. It’s the World Darts Championship. It’s the one they all want.

What happens at Ally Pally defines you as a dart player. You can win any other title on offer, but there is something special about having a World Darts Championship win on your CV. For 12 months, you’re the main player on planet darts. You have that star on your shirt. You get to have the Sid Waddell Trophy in your possession, and no one can ever take that achievement away from you.

For the 96 players in the draw this year, this is a shot at immortality.

While every TV tournament is extremely difficult to win, the Worlds is something else. To win in the first round, you could potentially play 25 legs, which goes up to 31 in round two.

If you get past the Christmas break, you then play five matches in just over a week, including potentially 51,61 and 71 leg matches in three straight days.

In theory, you could win more legs than your opponent, but still lose the match. You could also be 501 points away from potentially winning a game, but if your opponent wins the fifth leg of the set, you’re back to needing to win three legs again.

Set play is a fantastic format, but it’s also a brutal one. But, it’s what you should expect if you want to win the biggest prize in the game.

A gruelling sixteen days of competition awaits, and whoever lifts the Sid Waddell Trophy on Monday 3 January 2022, will have earned it. And then some.

One of the most wide open World Darts Championship fields

Trying to pick a winner at Alexandra Palace is always tough. This year however, is tougher than most.

In the main, the big prizes have been shared around. Defending champion and world number one Gerwyn Price is the slight favourite, but he was having a tough year on the TV until his victory at the Grand Slam of Darts last month. He’s looking to be just the fourth player in history to defend his crown.

Among those trying to stop him? The 2020 World Champion Peter Wright, who won the World Matchplay at a canter in the summer, followed by the last TV event before the Worlds in the Players Championship Finals.

Then there’s The Ferret, Jonny Clayton. The man has won more TV titles than anyone this year, being victorious at The Masters, the Premier League, World Series of Darts Finals, and his first ranked TV event in the BoyleSports World Grand Prix. He does not have a great record at this venue, but it would be fitting for him to follow in fellow Welshman and great friend Price’s footsteps, and claim the big one after such a great 2021, as The Iceman did last year.

All of this has left little for three time World Champion Michael van Gerwen to win himself. In fact, he’s only won one floor tournament all year, and his only success on TV was the unranked Nordic Darts Masters. Despite this however, MvG is still capable of delivering sensational averages, and over a long format, will be extremely tough to beat.

Let’s not forget UK Open champion and world number four James Wade, desperate to finally win a World Championship which would put him up there with one of the true greats of this sport. What about Gary Anderson and Adrian Lewis, who’ve both won this title back to back, and could meet in round two, with the pair looking like they could be getting back to their best?

Then of course there is the Queen of the Palace herself, Fallon Sherrock. Two years ago, she made history here, progressing to the third round and becoming the first woman to beat a man at this event. Now, can she repeat the feat, or better it, and potentially earn herself a Tour Card without having to go to Q-School?

There’s plenty of others who will need a good run to keep their cards and not have to go back to the dream factory, none more so than Lisa Ashton. Can the four time World Champion finally win at Alexandra Palace and potentially save her card as well?

There’s a lot of questions that need answering as we look ahead to this World Darts Championship.

Will Price be able to block out the crowd and retain?

Will MvG get it right where it matters and win the biggest prize of them all?

Will Wright fulfill his promise he made in June to win both the World Matchplay and this event?

Will Clayton cap off a fantastic year by lifting the most important trophy in the game?

Or will someone else produce a sensational run to lift the Sid Waddell Trophy?