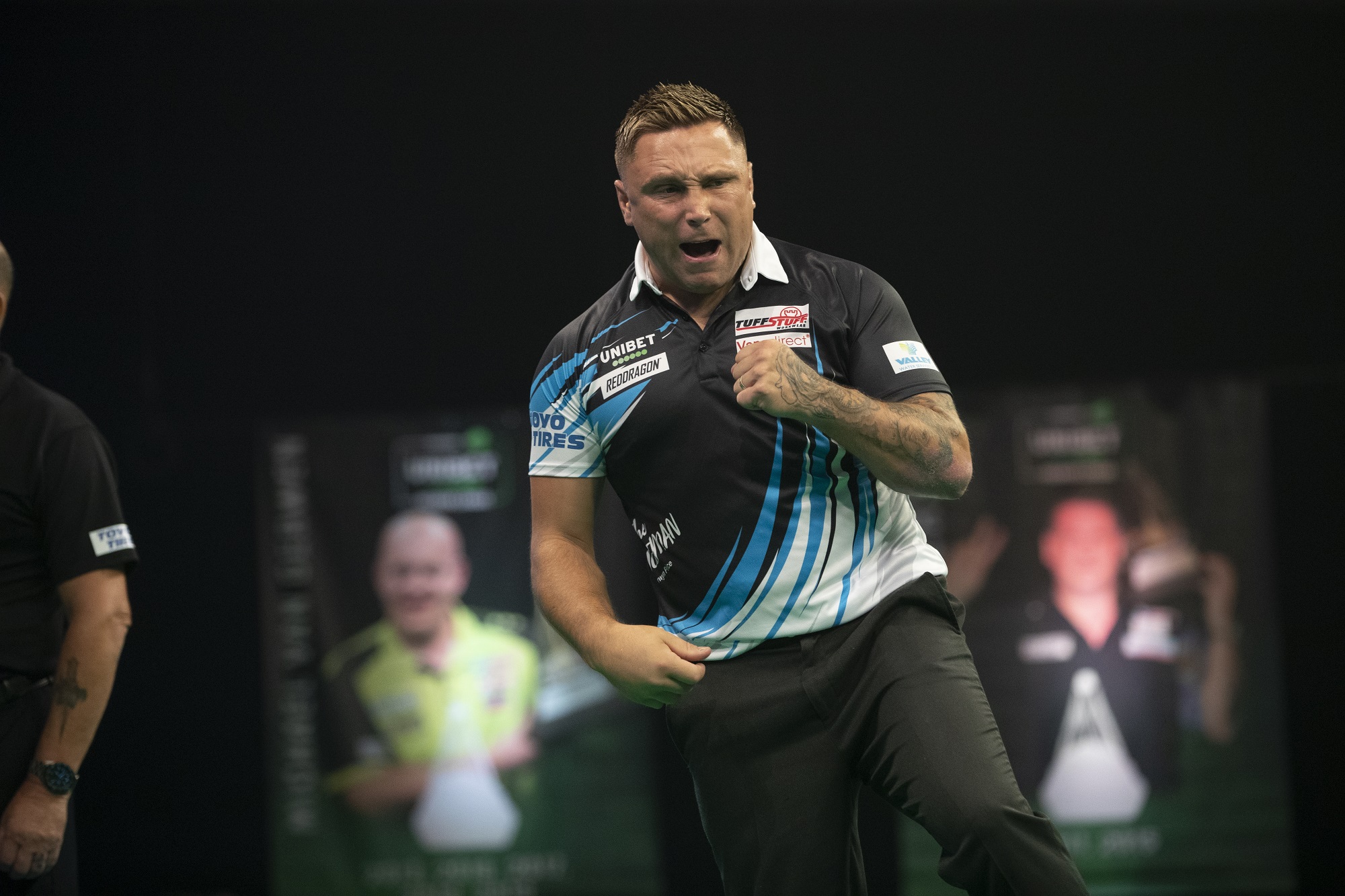 Today, our focus is on the World Champion and world number one, Gerwyn Price…

The darting year of 2020 was the year of Gerwyn Price.

The winner of the most titles. World Grand Prix champion. World Cup victor alongside Jonny Clayton for Wales.

Then, to top it all off, he lifts the Sid Waddell Trophy for the first time in his career, beating Gary Anderson to become World Champion and world number one.

But, for all of this, there were some disappointments. Not making the top four of the Premier League once again, will have been one of them.

This year, of all year’s, it’s time for Gerwyn Price to prove himself in this competition.

Price looks to do what he’s not done before

For all the competitions that he won, including three Pro Tours and a Euro Tour title, Price will have been thinking he could have won more.

Second round exits at the European Championship and the Grand Slam, when he’d won the latter two years in a row.

A last four appearance at the Players Championship Finals, before being beaten by Michael van Gerwen.

However, two events stick out. A first round defeat at the World Matchplay to Danny Noppert, going out in the opening round for the fourth straight year.

And, he finished fifth in the Premier League for the second straight year. Once again, too many draws from winning positions cost him, and having picked up four points from the final four games, it saw him slip out of the top four and miss the Play-Offs.

The Iceman has never made Finals Night of this event. If he were to miss out once more this year as world number one, serious questions will be asked.

Jack “Gobby” Garwood gives his prediction on what we’ll see from Gerwyn Price in this year’s Premier League, and where he will finish:

I’ve run out of superlatives for this man given the last 18 months he has had.

To elevate yourself to world number one in this era is a phenomenal achievement. One that takes a ridiculous amount of perseverance, talent and bottle.

We’ve seen him win in virtually every manner now, from blowing away his opponent, to the nip and tuck scraps. The biggest addition to Price’s game during this rise, is the ability to win without his top game.

We’re yet to see that from the Ice Man in previous Premier League campaigns. But this year could be the one.

The absence of a crowd, and its love/hate relationship with Price may have played a part in his recent upturn in from. The pantomime boo’s a memory that accompanies halcyon days within the global pandemic context.

But their continued absence, for the complete league phase at least, may offer Price an opportunity to add the coveted Premier League title, to his shiny new trophy cabinet.

It’s not been a bad start to the year for the Welshman. He’s reached the last four at both The Masters and the UK Open, and took home a Pro Tour title at the most recent Super Series event.

It’s a decent opening few months as world number one. However, winning the Premier League will certify his position at the top of the tree.

Price is arguably the best counter in the world. His 180 hitting is superb, and while he’s headed over to the left hand side of the board on doubles more often this year, he still dislikes double 16 and double 8. To consistently leave tops, tens or double 12 in this game is remarkable. Remember, in the World Championship Final, he hit his first 11 darts at double 20.

It’s a different challenge for Gerwyn Price in this year’s Premier League Darts. Instead of being the hunter, he’s now the hunted. As world number one, everyone will raise their game against him. All while he’s trying to achieve something he’s never done before.

Will The Iceman crack? Or will he show everyone why he deserves to be recognised as the best player on planet darts?