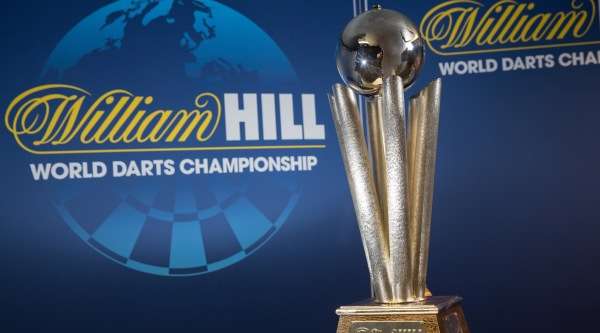 The 2021/22 PDC World Darts Championship is just a few days away from starting.

Trying to predict the winner of this tournament every year is extremely difficult, given the long format of all the matches, plus the fact there are 96 players involved.

In this article, we’ll take a look at the chances of the top five players in the betting market of our official betting partner BoyleSports.

N.B. Odds are correct as of Monday 13 December

Not as short as the other four in the list, but this might be a good thing for The Dream Maker. Van den Bergh won his maiden TV title last year in the 2020 World Matchplay, and came within one match of defending it this year. He’s also reached the final of the World Series of Darts Finals, but in the main has struggled to kick on the TV in 2021.

He has had success on the Pro Tour this year though. After coming close on numerous occasions in previous year, wins in Germany and England have seen Van den Bergh rise to number five in the world. He’s also in a section of the draw that looks quite inviting, with no former winner in it. Furthermore, his record at Alexandra Palace is extremely good. Only once has he failed to win his opening match, and has reached the quarter finals in two of the last four years.

Having already won on a TV stage, and with no doubt the Ally Pally crowd behind him due to his fantastic walk on, can the Belgian take home his first World Darts Championship crown?

The odds from five to four significantly narrow. However, that’s what happens when the player who won the final event before the Worlds comes in at number four.

Back in early July, after winning a Pro Tour event, Peter Wright proclaimed that he was going to win the World Matchplay and the World Darts Championship this year. He kept the first part of that promise later that month, producing a dominating display to win the Matchplay for the very first time.

He went on a bit of a bad run of form after that, switching darts quite regularly. However, he then won the World Cup of Darts for Scotland alongside John Henderson, went on a run to the Grand Slam of Darts final, and followed that by taking victory in the Players Championship Finals a few weeks ago. This has given Snakebite a lot of confidence heading to the Palace.

The world number two has also looked extremely impressive on the floor, winning four titles across the year. However, in the last four visits to Alexandra Palace, he’s gone out in either the second or third round.

The other year though, he finally beat Michael van Gerwen in a major final to win his first Sid Waddell Trophy. Two years on from the triumph, can Wright back up his claim from earlier this year and continue this great run of from to regain it?

The old saying goes is never underestimate a Ferret. This year however, people have clearly stopped doing so when it comes to Jonny Clayton.

The Welshman has had a sensational 12 months, starting off by winning The Masters in January. That victory saw him earn a spot in the Premier League, which he then went onto win on his first league debut. He beat Van den Bergh in the World Series of Darts Finals, but his biggest achievement came in Leicester, winning his maiden ranked TV title in the BoyleSports World Grand Prix.In fact, in every TV final he’s been in this year, he’s ended up with the trophy.

Indeed, it’s not just on the TV cameras The Ferret has shone. He’s also won two titles in the floor Players Championship events. Him and Wright have won the joint most titles in the PDC this year with six (although it is seven if you count the World Cup for Snakebite), showing just how fantastic a year it’s been for Clayton.

However, his record at Muswell Hill is not good. He’s never made the last 16 of this event, and gone out in the third round the last two years. But, after winning the last set play events in the Grand Prix, can he follow a certain Welshman’s footsteps and hold both set play titles at the same time, and end a quite incredible year as World Champion?

When the player second in betting has only won one Pro Tour title and the Nordic Darts Masters this year, you’d normally be scratching your head as to why.

However, this is not a normal player. This is the former three time World Champion, and a man who’s won every current PDC TV ranking title in his career at least twice.

There’s no doubt it’s been a difficult year for Michael van Gerwen. The Green Machine has come close on multiple occasions to winning more titles, but people have raised their game against him and he’s not responded in his usual way. His World Matchplay semi final defeat to Wright, his UK Open loss to Luke Humphries at the same stage, and Michael Smith beating him in the quarter finals of the Grand Slam of Darts recently, are all prime examples.

Despite a horrendous 12 months, this could be the best chance that MvG has of picking up a ranked TV title this year. In set play, you never feel you’re out of the game, and do not get punished as much if you have a couple of off legs. In addition, if he reaches the third round, the longer formats give Van Gerwen that chance to reset if his opponent has suddenly picked up the pace.

After a year where he’s come close at numerous times, could the Dutchman end 2021 with his fourth PDC World Darts Championship?

The defending World Champion and world number one is the man at the head of the betting. Shock horror.

Gerwyn Price won this event last year behind closed doors, defeating Gary Anderson in the process. Since becoming world number one however, it’s been quite a tough year for The Iceman. While he’s won multiple Pro Tour and Euro Tour titles, on the TV it’s been a story of near misses in the main. Runner at the World Grand Prix to Clayton. Semi final at the UK Open. Quarter final at the World Matchplay and the European Championship.

The only TV title he’s won in 2021 is the Grand Slam of Darts, his third in four years. But, it seems that the boos from the crowd are starting to get to Price again, judging by the comments he’s made in the press.

The Welshman is looking to be just the fourth player in history to retain the PDC World Darts Championship. So, with the crowds back in at Alexandra Palace, and in a tough section of the draw where he could play Fallon Sherrock in round three, can The Iceman live up to his nickname and be the coolest player at the top of Muswell Hill for the second straight year?

You can view all BoyleSports markets via their app or website.